"Out of Ireland" traces the story of flight from the famine-swept villages of 19th century Ireland to the industrialized cities of 20th century America. The program personalizes this transatlantic journey by focusing on the lives of eight specific immigrants, utilizing letters they wrote home to Ireland describing their experiences in the New World.

The mid-19th century famine in Ireland set the stage for one of the first great waves of European immigrants to America. They tested and profoundly changed America’s notion of itself. As Walt Whitman would say, America had become a “nation of nations.” "Out of Ireland", therefore, is about all Americans and the profound historical and psychological consequences, which are out heritage as a nation of Immigrants."

Copyright 1994 Paul Wagner and Ellen Casey Wagner
The Humanities Council of Washington, DC has the right to display and distribute materials funded by HCWDC grants.
Contact the item creator for reproduction rights. 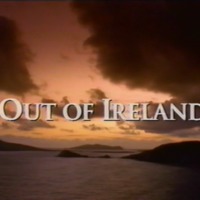