Funded in part by a series of Humanities Council grants, "Dance Party: The Teenarama Story" film examines a 1960s television show called Teenarama. The program was a teen dance show which, unlike many of its contemporary counterparts, was open to African-American youth. The show was broadcast on Washington, DC's WOOK-TV, the first television station in the nation catering specifically to an African-American audience.

This 9 minute film is a "work-in-progress" demo produced 7 years before the final cut of the documentary was published. It features narration by Martha Reeves, and footage from the 1998 30th Anniversary Teenarama reunion and gala. 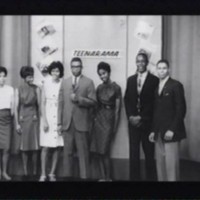