Tzedakah: A Community of Caring Women in the Washington Area, 1899-1948

Tzedakah: A Community of Caring Women in the Washington Area, 1899-1948

Tzedakah highlights the prominent role Jewish women have played in the humanitarian history of Washington, DC. Their tradition of community service was based on the Jewish religious principle of Tzedakah - an obligation to help others, and was reinforced by the need to help waves of newly arrived immigrants gain a footing in the United States.

As Jewish women began to organize, they played a more active role in their synagogues, and in politics. Members of Hadassa, a prominent Jewish women's organization, were among the groups advocating for women's suffrage leading up to the passage of the 19th amendment.

"Video on women in the Jewish community of Washington, DC. Shown at the 23rd IAJGS International Conference on Jewish Genealogy."

Tzedakah - the religious obligation to help others. 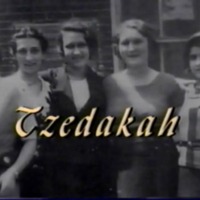