This documentary surveys the life of noted African-American architect, William Sidney Pittman. Pittman began his career at the Tuskeegee Institute in Alabama, butmoved to Washington, DC to open his private firm. Pittman designed several notable buildings in the Deanwood Neighborhood including the Zion Baptist Church and the neighboring Deanwood Chess House.

The latter portion of the film focuses on the Chess House and the Big Chair Chess Club's efforts to teach the community's youth that their actions have consequences both in life and in the game. 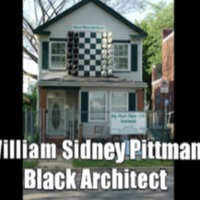